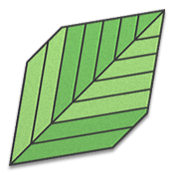 The Silph Arena's seventh global Cup of the Season begins on July 1st! With it comes one of the last chances to prove your skill and increase your global and local season ranking before Season One concludes! The Jungle Cup - inspired by the fearsome species found deep in the wild jungle - follows the same general format as June's Rainbow Cup with a few key differences. Here's what you need to know:

What Is the Jungle Cup?

During the Cup (July 1st - 31st), local Silph League communities host and record a special tournament using the free Silph.gg tools. Wins and losses in this local tournament affect your player rank on local and global leaderboards, earn you the Jungle Cup trophy for your Trophy Case, and can help you progress towards higher Player Tiers!

The Jungle Cup has a few special rules (designed to provide added challenge and fun) that differ from standard PvP combat in Pokemon GO:

Take a moment to review the Arena Rules linked above - particularly clarifications in regards to technical difficulties and an optional coin toss to determine which opponent sends battle invites, due to a suspected ordering advantage.

Registration for the July Cup will become available to local community leaders on June 18th - but Jungle Cups cannot begin until July 1st and must be concluded by July 31st. Find a Cup tournament near you via the Tournament Map!

How Do I Host a Jungle Cup Tournament in My Community?

Can I host multiple Jungle Cups in my community in July?

Yes. However, only one Cup each month will have significant impact on each participant's Global Ranking. Participants may choose at the start of a Cup if they want their performance in that specific Cup to receive extra weight in rank calculations compared to other tournaments of that Cup's type.

Does the Jungle Cup have to be hosted on a specific date?

Any date between July 1 and July 31, 2019 is a valid date to hold your community's Jungle Cup. The tournament registration page will not allow registering your Cup for an invalid date or time - so as long as you are able to create your tournament on Silph.gg, you will know it is set for a valid date. Remember, it must be concluded by the end of July 31st to count for rank!

I am a community leader of a Facebook Group (or other platform like Slack, Line, etc). How do I host the Jungle Cup for my community?

How Do I Join a Jungle Cup Tournament in My Community?

Why is the Jungle Cup (and all non-Cup ranked tournaments) played in Great League?