Let’s get this out of the way early: Pokémon Go PVP is great! Whether you’re a naturally competitive person, or just looking for a way to get some use out of your favorite, yet sadly not raid-viable Pokémon, using your own collection to face off against other players is a fun, engaging, and challenging new way to play the game. In this series of articles, we will be equipping you with the knowledge you need to get ready, get started, and most importantly: get good!

How Does All This Work?

If you’ve battled a Team GO Rocket Grunt, or challenged a team leader to complete a quest before, you’re already pretty well versed in the basic mechanics of PVP. The main difference is that rather than playing against a predictable AI with drastically overpowered Pokémon, you’ll be facing real people that can think on the fly, react to what you do, and make mistakes. You will bring a team of 3 Pokémon to fight against 3 of theirs, and use the abilities learned by your team to try and out-think, out-play and out-last your opponent.

The four basic mechanics of battling are:

How Should I Pick My Pokémon?

First, you will need to know which League you are going to choose for your battle. Great League has a 1500 CP cap, Ultra League is anything up to 2500 CP, and Masters League has no limit on Pokémon CP. All Silph Arena Cups (more on that in a moment) are played in Great League, so that’s what we’ll be talking about here.

The first thing you’ll need to do is change the way you think about which Pokémon are “good,” and which are not. At 1500 CP, very different Pokémon become extremely powerful in ways you might not expect. Altaria, for instance, is the gold-standard of Dragon types. Medicham is the king of the fighters. In raiding, maxing out DPS means you want Pokémon with high attack stats, perfect IV, and high CP. But because in Pokemon Go, each Pokémon’s “stat budget” places more value on attack than defense or HP, high attack stats drive CP up much quicker. The higher the CP, the lower level the Pokémon must be in order to stay under the 1500 CP cap.

This means that balanced, or defense/HP weighted Pokémon get a lot more bang for their buck in the stat budget. You can accentuate this advantage even more by finding Pokémon with defense/HP weighted IV as well. But don’t get too carried away hunting great PVP IVs: moveset, typing, and overall stats are far more important. The one notable exception to this is Pokémon that max out at level 40 under 1500 CP. Medicham, Sableye and several others benefit from the raid standard of perfect IV to get as close as possible to 1500.

Simple Enough, Where Can I Battle?

Every month, the Silph Arena creates a new “Cup,” or set of rules restricting what can be used to battle, and thousands of communities across the globe organize free-to-play, all-ages tournaments using the same ruleset and score tracking software. You will bring a team of 6 Pokémon, from which you can choose any 3 to face your opponent. Whenever you’re ready to get started, you can use the Tournament Map to find one being hosted near you! These unique Cups make it easier for new players to do a bit of homework and learn which Pokémon will be good, which they should worry about, and which types they should know. The smaller set of information helps to keep everything you need to know broken down into bite-size chunks. Resources like Nifty or Thrifty: a monthly rundown of top budget and powerhouse picks for each Cup, and PVPoke.com: a website where you can see rankings and simulate battles, are great places to start if you need a little nudge in the right direction. And if you’re not a Pokémon savant, it never hurts to keep a Typing Chart handy so you can quickly check what is strong or weak against your Pokémon. 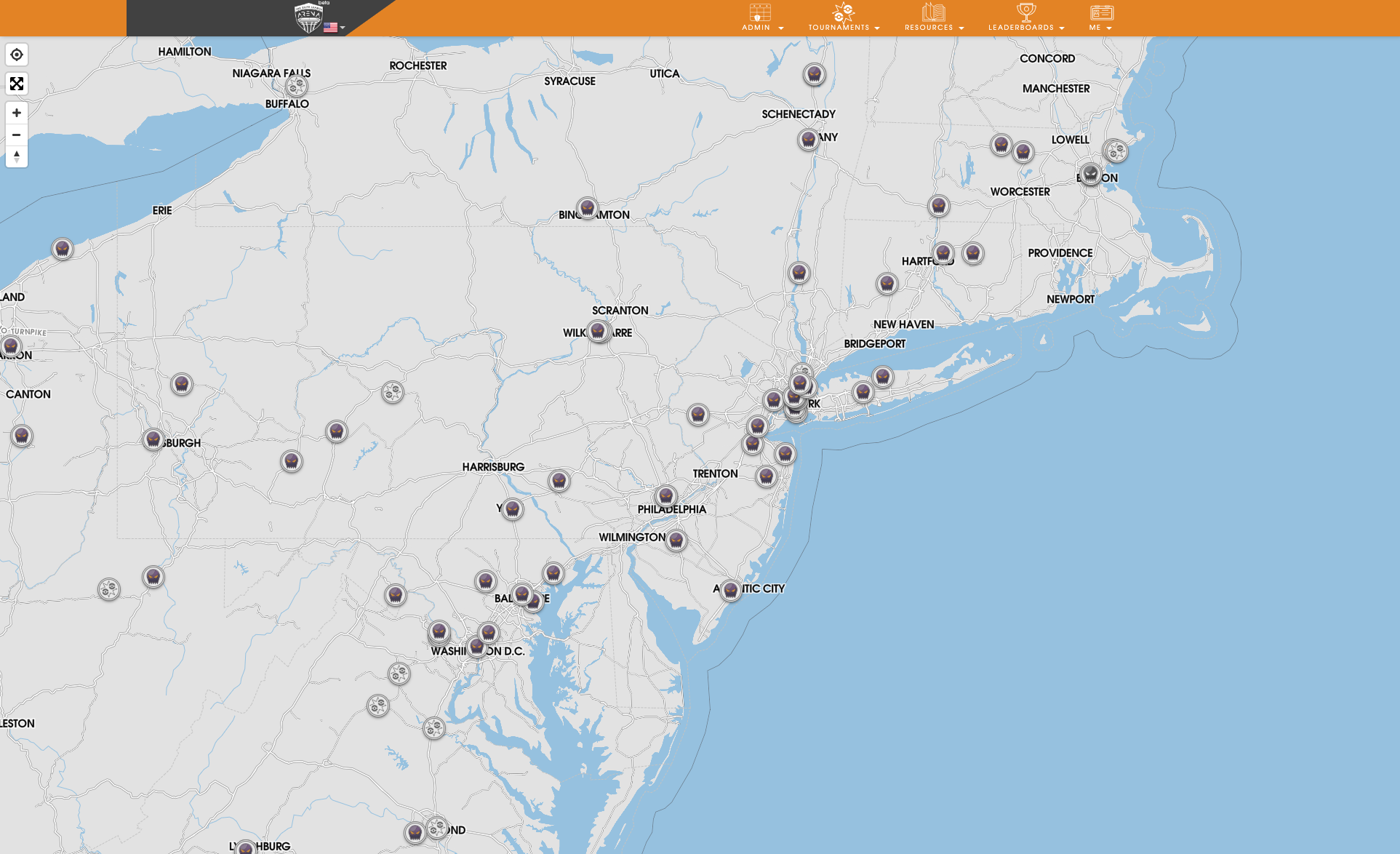 What Belongs On My Team?

Now that you know how to pick your Pokémon and where to use them, you’ll need to assemble your team of 6 to prepare for battle! We will get much deeper into team selection in Team Building and Good Investments, but the most important thing you’ll want to think about is coverage. Coverage is making sure you have Pokémon that can deal with anything your opponent might throw at you. That can take the form of dealing damage to the Pokémon you face, and also resisting the damage they will hit you with. If you have a fighting type Pokémon as the star of your team, expect your opponent to bring something dangerous to fighters, and plan to bring something dangerous to that.

How Do I Get Good?

Once you’ve got your team and have found a tournament, there are a few things you will want to focus on to really take your battling to the next level. At the higher levels of Pokémon Go PVP, games are just as much about strategy and mind games as they are about knowing type weaknesses. A few areas to focus on include:

Many of these (and more!) will be covered in-depth in the Advanced Battle Techniques article, so once you feel comfortable with the information here, give it a read to learn some top-level tactics!

What Else Do I Need To Know?

Honestly, not a ton! At its core, Pokémon Go PVP is really simple to grasp. There are endless ways that you can improve and learn new tricks, but the number one thing you should do is practice! Battling against other players will help to improve your skill in ways that hours of reading never could. We will be delving deeper into things like Team Selection and Advanced Techniques in coming articles, but nothing is a substitute for real-life experience!