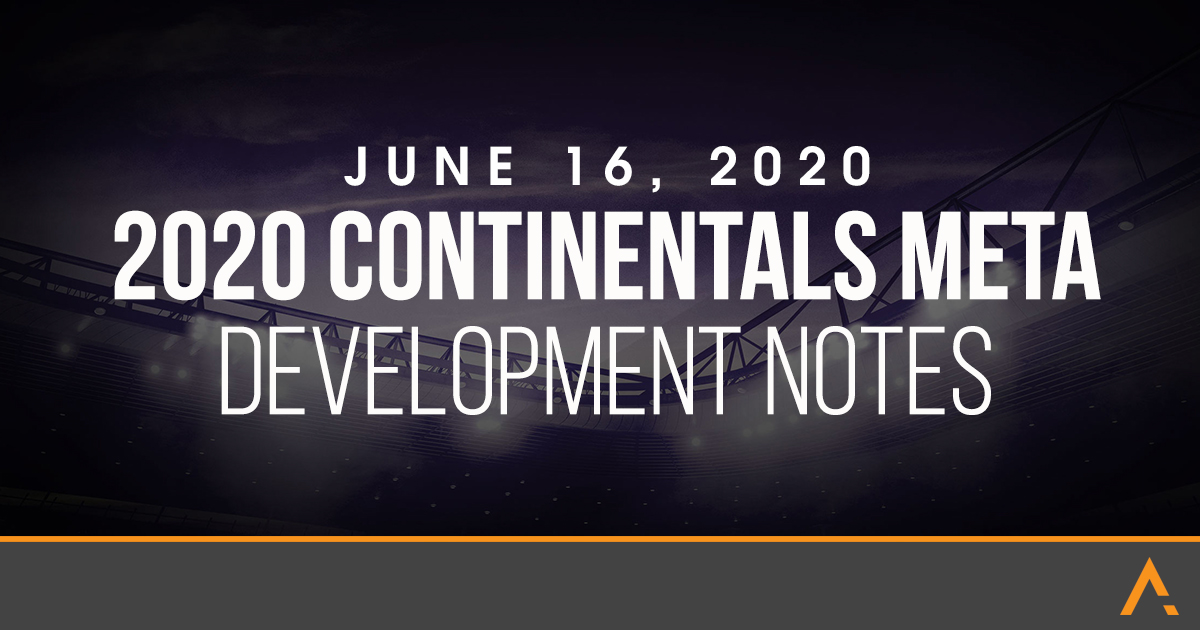 The Continental Championships are among the most important stages of the PvP Season. On the Silph Arena Meta Team, we wanted to make this event in particular unique and special. Here’s a quick behind-the-scenes look at how the Continentals meta came together:

When we started conceptualizing the Continentals meta, we established a few design goals:

The Swiss-style format of the first round will also provide competitors the chance to test their skill and face a variety of opponents, as opposed to a single loss ruining your chances of advancing.

Early discussion included the possibility of using the Continentals’ meta for July’s themed cup. However, we felt a blind aspect was important for competition; it will be up to the players to direct the meta, and unique picks and strategies have a better chance to succeed when they’re developed in private.

We spent a significant amount of time with the Continentals meta in the concept stage. One early idea involved players selecting a signature/”ace” Pokemon and then building out the rest of their team with 3-4 types determined by the ace’s Pokedex number. This concept underwent several iterations. Ultimately, we decided to move away from it due to concerns about implementing it in a manageable timeframe.

Eventually, we reflected on our ideas and examined past formats to leverage for implementation. With Voyager Cup’s slot structure as the basis, we organized the 18 types into 6 pools, each designed to break up traditional Great League cores:

After some discussion on how to codify which Pokemon would belong to which slots (we didn’t want Azumarill or Altaria to be available in multiple slots, for example), we decided to create dedicated whitelists. These whitelists are inspired by the above types but allowed us specific control over which Pokemon would be eligible and how they could be played. Perrserker, for example, is neither a Ghost, Normal, nor Fighting type, but with inspiration from its Kanto cousin, as well as access to Ghost and Fighting moves, we felt it had more strategic value in that slot instead of being stuck behind Registeel.

Next, we had to carefully determine the Pokemon and distribution of each slot. With a desire to make the meta unique, one of the first questions we asked was what the meta would look like without any of the Great League staples. We began by filling the slots with some interesting and underused Pokemon. We found in early analysis, however, that hard counter dynamics like Charm-Fighting-Steel were difficult to break without some of these Great League staples present. We reintroduced specific Pokemon such as Azumarill and Altaria to help anchor team building.

In distributing the Pokemon, we ensured every slot had one or multiple answers to the biggest players in the format: Azumarill, Altaria, and Registeel. This way, players wouldn’t be forced to pick from a specific slot to counter them.

We also strove to fill each slot with a variety of roles; Steel-type tanks aren’t exclusive to the Steel-type slot, for example, but can be found in other slots with picks such as Perrserker, Probopass, Steelix, and Bronzong. Similarly, Counter users can be found in 4 of 6 slots. This was an opportunity to make lesser used Pokemon more appealing with their slot assignment; Altaria is superior to Dragonite, for example, but Dragonite stands out in a less contested slot.

One impactful development involved Toxicroak and another major Great League player: Galarian Stunfisk. Both were present in an earlier version of the meta, belonging to slots 4 and 3 respectively. Toxicroak has been a staple of many past formats, including Voyager Cup from which Continentals drew its main inspiration. After deciding to remove Toxicroak for the sake of variety, we also reexamined Galarian Stunfisk. Without Toxicroak, slot 4 no longer had a genuine answer to Galarian Stunfisk, which broke our design goal. We ultimately decided to remove Galarian Stunfisk as well to lift the burden of covering it in team building. With other hyper-relevant Pokemon applying pressure, we hoped removing Galarian Stunfisk would make Counter users less necessary and allow more picks to be relevant. We simulated 2,000 randomly generated teams (from a “short meta” we devised) and pitted them up against 1,000 randomly generated teams weighted teams according to our prediction for how the meta would break up. Here, unlike many team-based approaches, we weren’t necessarily looking for the top teams, but rather the distribution of how “on-meta” teams performed. And the results looked rather good as shown here.

This graph is a histogram of the average scores of the 2,000 teams, with 0.5 being a tie, anything above being a win, and below a loss. The first thing we noticed was this is centered around the tie. This is good, because that implies that the meta (and the predictions) are designed in such a way that the teams are on the whole balanced. Additionally, even the best teams perform below 0.6, which is well within the range in which decisions in the battle can typically flip the result.

We did look at the top teams, mostly to ensure that they were varied. We did see a few Pokemon take up many slots on the top teams, but on the whole, there was more variety than is typically seen in these types of team analyses.

On these top teams we had both classic favorites, as well as new Pokemon. Additionally, there were a number of more “off-meta” highly ranked team members. In this meta, it seemed there was quite a variety of ways one could compose their team.

Continentals was an interesting format to design for, and one that truly tested our design goals. We hope Competitors enjoy what we have created for this year’s Continentals! We think it’s got a little something for everyone. It’s quite different from previous we’ve seen this season, and offers a lot of different directions to take team-building. Ultimately, the real meta is determined by you, the players, and we can’t wait to see what you make of it.