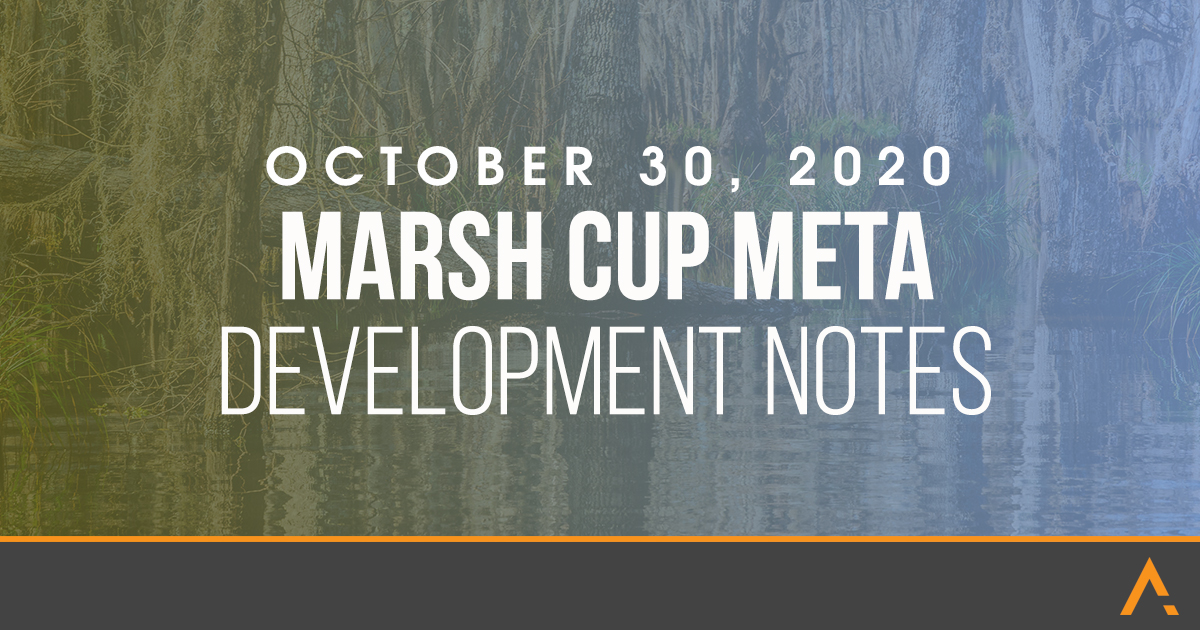 Spooky themed Cups are a classic at the Silph Arena, with memorable predecessors like Season 1’s Nightmare Cup and Season 2’s Sinister Cup. Typically, they feature Ghost-type Pokémon, which usually spawn in large quantities leading up to the Cup. This Season, the Halloween event presented us with the same opportunity, but we also wanted to produce a Cup that complimented another ghost heavy meta from Niantic – the Halloween Cup.

Our initial meta was a five type Cup featuring Ghost, Bug, Grass, Poison, and Water while banning Ground. This took advantage of the Halloween Ghost type spawns, but we felt it was too similar to that of the Halloween Cup. A few other metas were presented that didn’t feature ghosts, but in the end the team decided that the Ghost-type inclusion was an integral aspect of our design goals. Thus, we set to work revising the initial meta to compliment the Halloween Cup more uniquely.

The first thing we did was remove the Ground ban. The mudbois weren’t dominant enough to be a significant concern, plus they added dimensionality to the meta. Additionally, they helped cement the theme of the meta. Happy with the typings, we then considered species-specific bans.

Tropius is one of the least accessible, but highly relevant, PvP Pokémon, and given its importance in this meta we elected to ban it. Jumpluff is a much more accessible Grass/Flying type that performs very well for itself in the Marsh Cup.

Abomasnow was very prominent in the Sunrise Cup, being featured on 24% of teams. Additionally, it formed a particularly strong core with Alolan Marowak against the rest of the meta. For these reasons we decided to eliminate it.

Sableye is an easy Ghost-type to reach for in Cups where ghosts are prevalent because its Dark-typing really puts in a lot of work. In fact, Sableye was banned in both Nightmare and Sinister for just this reason. However, Sableye is not as dominant in this particular meta, and is one of the Pokémon that is heavily featured in Niantic’s promotion of the Halloween event. For these reasons, Sableye was specifically included in the meta.

The overall meta ended up being very distinct from Niantic’s Halloween Cup, but still features Ghost-type Pokémon. Only one Pokémon is shared in the top ten (that being Galvantula), while Azumarill ended up being ranked significantly lower in our meta, leaving room for other water types to shine. In terms of team balance, this meta is very comparable to other metas that the Silph Arena development team has produced before. We analyzed tens of millions of battles to determine the distribution of the team scores. We found a very balanced spread, with less of a tail towards the high end of the scores. This indicates that there aren’t many teams that perform exceptionally well compared to the field. There were a few teams that were ranked highly with this method, but each had counters that should be very common. We can’t wait to see what the Silph Arena community makes of the Marsh Cup! Happy battling, Battlers!