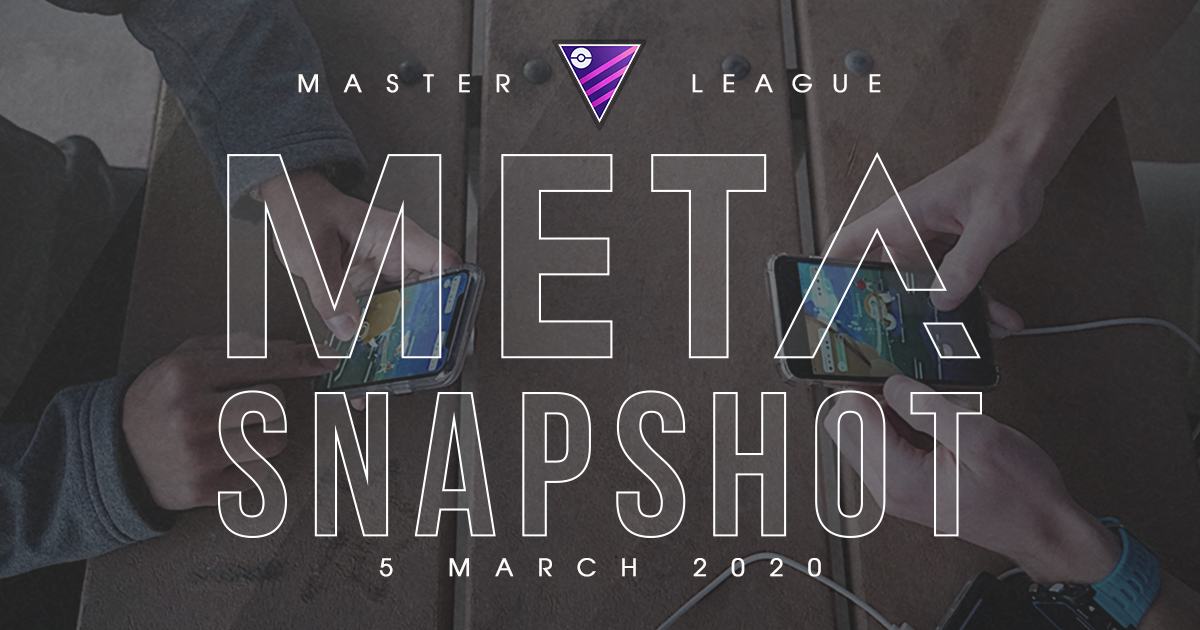 GO Battle League rotated to Master League earlier this week and we want to give you an early analysis on what players are doing in their climb to Rank 10! Once again, we have had great support from the Silph Research Group! Thanks to their new research project “Indigo League”, data has begun pouring in to help identify the most popular picks in Go Battle League, and give competitors better info about what to expect and how to prepare! Without further ado, let’s deep dive into the data! 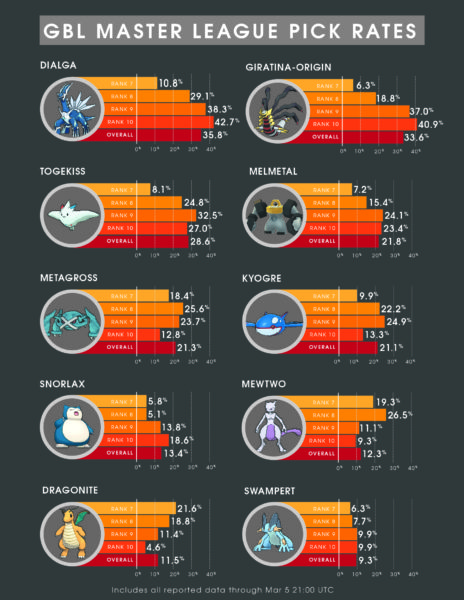 While we were expecting a common pattern for species used through the ranks, with Dialga, Giratina Origin, and Togekiss as the main core of Master League, the truth is that, even more than with Ultra League, we can clearly see different metas from Rank 7 to 10, and the breakdown is as follows:

We can give many explanations for these patterns, but stardust and candy costs, availability, and level of competition are the main ones. While you get heavily punished in Rank 10 if you don’t have the main core, in Rank 7, you have multiple choices and you still can do well using your favorite Pokémon. 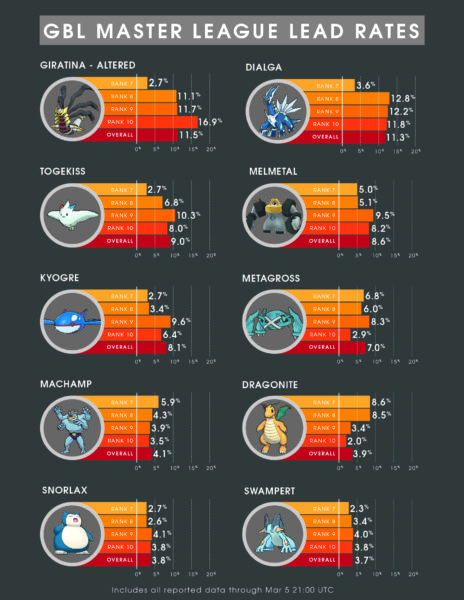 As we continue digging into the data, more and more things surprise us, in this case, team compositions. While the meta is much more diverse in terms of the number of relevant picks available, the most popular trio in Master League is quite dominant. With almost 2814 data points, we have 1294 different teams of 3 reported, most of them composed by the main core of Master League.

In terms of opening matches, Giratina Origin and Dialga are the main species, both with a 11% pick rate, followed by Togekiss with a 9% pick rate, and after the core of Master League we have Melmetal, Kyogre, and Metagross,.

Preseason is almost over and GBL’s Season 1 is around the corner, so it’s time to get a bit more serious about the competition, understand the meta, and bring your strongest Pokémon to the challenge. Expect us to unveil more about GBL when we get closer to the end of this preseason.

As usual, the Research Group and Arena Team will continue working together to bring this series of articles to you in future installments, unveiling the picks, strategies, and interesting facts for each rotation. See you next time!

What else would you like to see in our Meta Snapshots? Leave a comment on our social platforms, reddit or even Discord, we really want your feedback to help you do better in GBL!

– Head of the Meta Team Krydos –