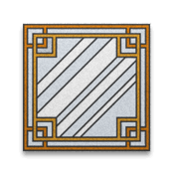 Join us once again at The Historic Vaudette in downtown Kaukauna
for a afternoon Nightmare....
August 24th at 2pm,
just so everyone knows Greg bow has WiFi setup!, as always feel free to bring your own beverages and enjoy the afternoon! (more info in the server)

THE NIGHTMARE CUP RULES
The Nightmare Cup has a few special rules:

Competitors will bring a team of 6 Pokemon (and register them before the tournament begins). All battle parties used must be comprised of these 6 Pokemon.
Matches are played in Great League: only Pokemon up to 1500 CP are permitted in the Cup.
Only Pokemon with at least one of the following types are permitted: Psychic, Dark, or Fighting.
Legendaries, Mythicals, Sableye, and Medicham are banned from use in this Cup!
Only one of each Pokemon species is permitted on your team of 6. (No species duplicates!)