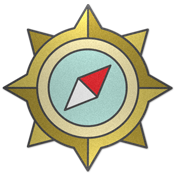 Clash Of The Couches Voyager Cup

VOYAGER CUP RULES
The Voyager Cup was designed to demonstrate your mastery of all the regions of the Pokemon world. A few special rules differ from standard PvP combat in Pokemon GO:

Team of 6: Competitors will bring a team of 6 Pokemon (and register them before the tournament begins). All battle parties used must be comprised of these 6 Pokemon.
Great League: Matches are played in Great League: only Pokemon up to 1500 CP are permitted in the Cup.
Master the Regions: Rather than selecting a team from restricted types, competitors will build their team based on the region Pokemon are originally from:
Step 1: Pick one Pokemon from each of the following regions:
Kanto
Johto
Hoenn
Sinnoh
Unova/Alola/Galar/Other (Includes Meltan)
There are no restrictions or bans on these first 5 slots, as long as you have one Pokemon from each region.
Step 2: Pick a wildcard. Your wildcard can come from any region, but it can NOT be one of the following:
Ivysaur, Venusaur, Hypno, Lapras, Dewgong, Wigglytuff, Mew
Azumarill, Skarmory, Umbreon
Registeel, Altaria, Deoxys (Defense Forme), Swampert, Tropius, Medicham, Gardevoir, Whiscash
Bastiodon, Probopass, Cresselia, Togekiss
Zweilous, Scrafty, Melmetal, Marowak (Alolan), Jellicent, Mandibuzz
* Wildcard restrictions also apply to the shadow forms of these Pokemon
No Duplicates: Only one of each Pokemon species is permitted on your team of 6. (No species duplicates!)
ARENA RULES will be followed in all other particulars.
Take a moment to review the Arena Rules linked above. The rules have been updated for the new Competitive PvP Season, make sure you’re familiar with all of the changes!