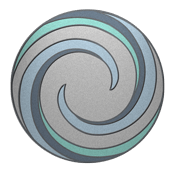 The Silph Arena's third global Cup begins on March 1st! With it comes a new chance to prove your skill and increase your global and local player ranking! The Tempest Cup - inspired by the Pokémon that might thrive in the chaos of the storm - has no new rule changes from February's Twilight Cup. Here's what you need to know:

What Is the Tempest Cup?

During the Cup (March 1st - 31st), local Silph League communities host and record a special tournament using the free Silph.gg tools. Wins and losses in this local tournament affect your player rank on local and global leaderboards - and may eventually even earn you an invitation to compete at Regionals and even the World Championships at 2019 GO Fest & Safari Zone!

The Tempest Cup has a few special rules (designed to provide added challenge and fun) that differ from standard PvP combat in Pokemon GO:

Take a moment to review the Arena Rules linked above - there are a few new clarifications in regards to technical difficulties and an optional coin toss to determine which opponent sends battle invites, due to a suspected ordering advantage.

Registration for the March Cup will become available to local community leaders on February 15th - but Tempest Cups must be scheduled for dates between March 1st and March 31st. Find a Cup tournament near you via the Tournament Map!

How Do I Host a Tempest Cup Tournament in My Community?

Can I host multiple Tempest Cups in my community in March?

Does the Tempest Cup have to be hosted on a specific date?

Any date between March 1 and March 31, 2019 is a valid date to hold your community's Tempest Cup. The tournament registration page will not allow registering your Cup for an invalid date or time - so as long as you are able to create your tournament on Silph.gg, you will know it is set for a valid date.

I am a community leader of a Facebook Group (or other platform like Slack, Line, etc). How do I host the Tempest Cup for my community?

How Do I Join a Tempest Cup Tournament in My Community?

Why is the Tempest Cup (and all non-Cup ranked tournaments) played in Great League?