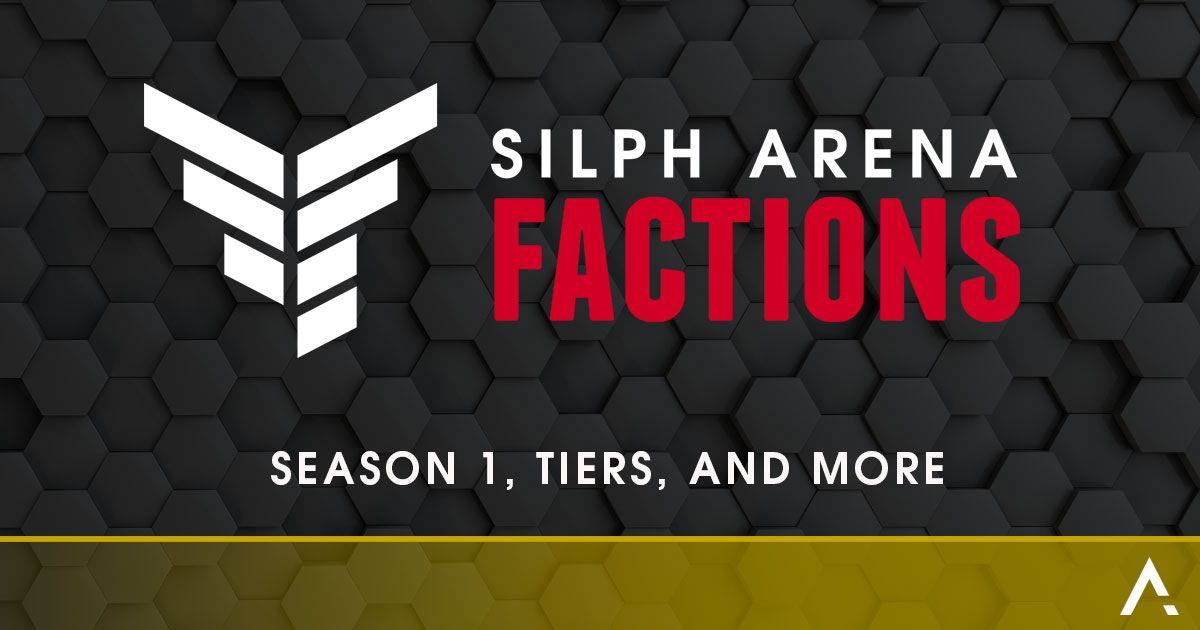 The Factions Preseason has come to a close after 2 exciting Cycles! We are amazed at the level of strategy and teamwork displayed in these first Cycles, and can’t wait to see how the competition continues to develop.

Continuing to the Regular Season

Factions Season 1 will feature 3 Cycles, each being 7 bouts (weeks) long. Factions will be organized into tiers (Qualifying, Open, Bronze, Silver, etc.), with the Qualifying/Open Tiers competing in Swiss style bracket, and upper tiers competing in a Round Robin bracket. At the end of the 7th bout, the highest performing Factions in each tier will have their chance to be promoted to a higher tier during the Relegation Bout.

The Season doesn’t end after Cycle 3! After the final Cycle, competition will continue with an extra special post Season event. More details to come!

Signing Up for Season 1

To help us accurately sort Factions into their respective tiers, the sign-up process for the next Cycle will be slightly different than during the Preseason. Here’s how it will work:

Note: expressing intent to compete is making a commitment to participate in the Cycle. Factions that fail to fully complete the sign-up process will be barred from competing for a full Cycle and automatically dropped to the Qualifying Tier.

The weekly bout schedule has been updated for Season 1:

During the regular Season, Factions will be organized into different tiers based on their skill level. There will be a maximum of 7 tiers in each region, with most tiers containing 8 Factions.

The top 5 tiers will have 8 Factions each and compete in a Round Robin style bracket. The last tiers, Open and Qualifying, will be each be made up of 50% of the remaining Factions and use the Swiss system to determine their weekly matchups. These last two tiers may be scaled or eliminated as participation demands, and some of the lower round robin tiers may be removed in less populous regions.

At the end of each Cycle, the highest performing Factions in each tier will have their chance to be promoted to a higher tier, while lower performers will be relegated down. In most cases, the top 2 Factions (1st and 2nd place) will automatically move up and the bottom 2 (7th and 8th place) will move down. The 3rd place Faction will battle the 6th place Faction in the tier above them in a Relegation Bout to decide if they move up or stay in place. 4th and 5th place Factions automatically stay in their tiers for the next Cycle.

Factions will be sorted into their initial tiers based on their performance during the Preseason Cycles. To do this, we’ll take an average of scores from both Cycles, with a 0.75x weight applied to the higher score, and a 0.25x weight applied to the lower, both in total points and in game wins, with 0.5 points applied for ties prior to weighting. This will allow Factions to be judged by their best performance, and give an advantage to teams participating in both Preseason Cycles without making it impossible for late-joining factions to remain competitive. Once these scores have been tallied, Factions will be placed in their tiers!

Remember: skipping a Cycle or switching regions will automatically place you in Qualifying Tier the next Cycle you compete in, no matter what your previous tier was. Think carefully before taking a Cycle off!

The Preseason competition was fierce, but it was just the tip of the iceberg! We can’t wait to see the epic battle that will unfold during the upcoming Cycles. It’s time to gather your team and train hard, good luck!