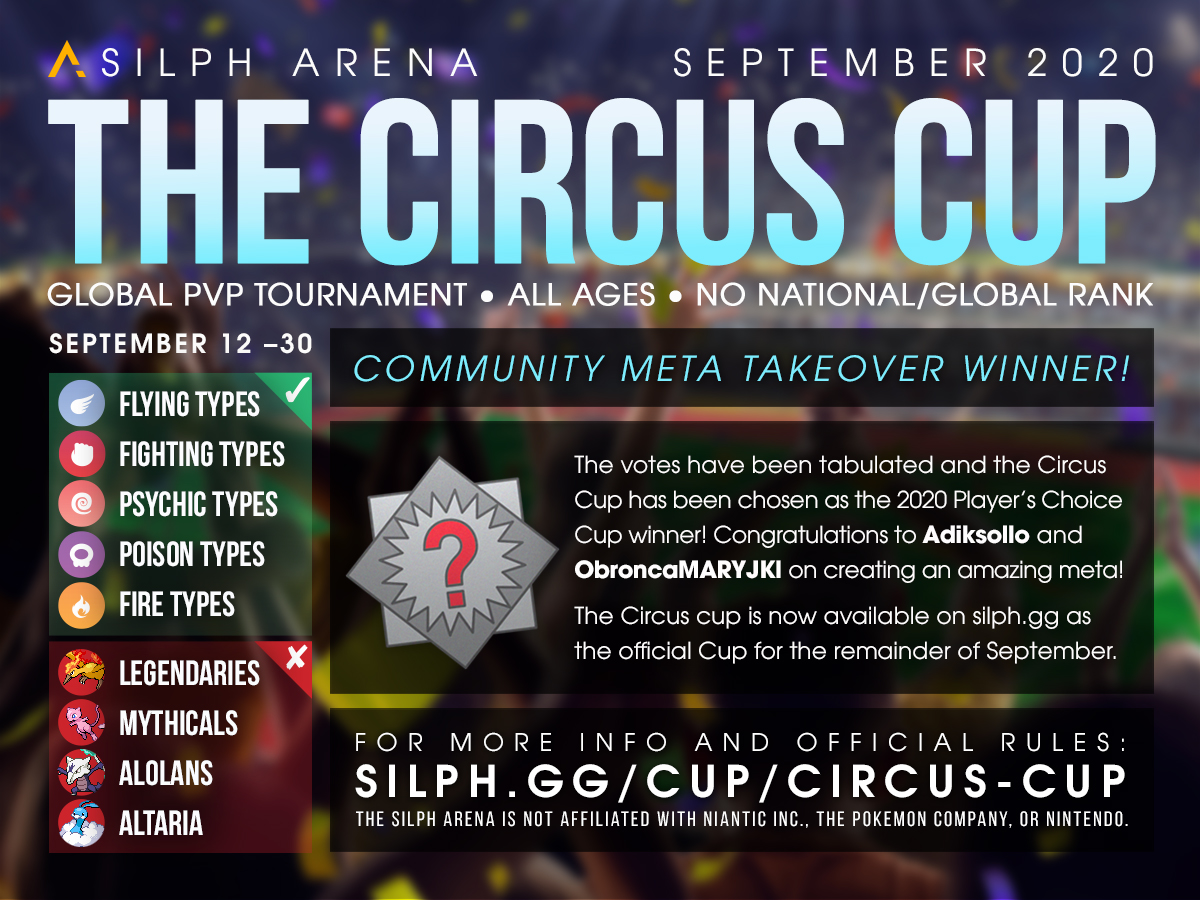 The votes have been tabulated and the Circus Cup has been chosen as the 2020 Player’s Choice Cup winner! Congratulations to Adiksollo and ObroncaMARYJKl on creating an amazing meta!

Take on the Circus Cup!

The Circus Cup is now available on silph.gg as the official Cup for the remainder of September. You can take on the Circus Cup meta as unranked tournament until September 30th. Here’s what you need to know:

The Circus Cup has a few special rules (designed to provide added challenge and fun) that differ from standard PvP combat in Pokemon GO:

Congratulations again to Adiksollo and ObroncaMARYJKl, and all of the runner-up metas! Enjoy the Circus Cup and best of luck in your battles!