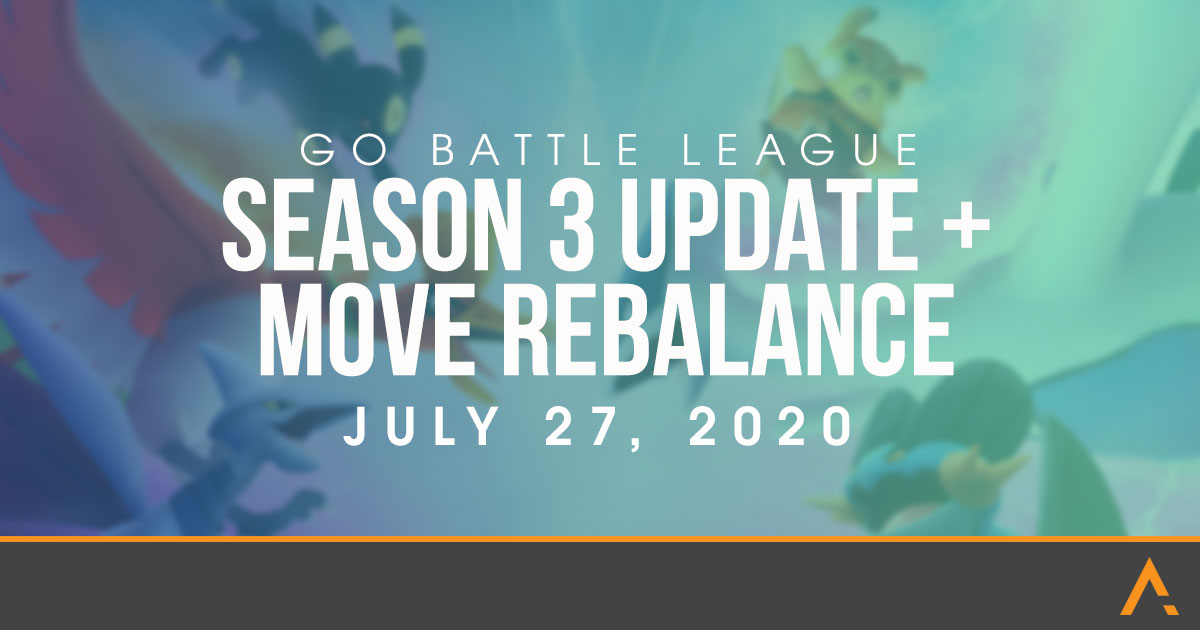 GO Battle League Season 3 starts, and Niantic has made quite a few move updates to go with it! (Read the full blog post here). Join us now as we break down the important changes to move stats, Pokémon move pools, and the upcoming GO Battle League season!

GO Battle League Season 3
It looks like Season 3 will be full of new themes and ideas, whilst still maintaining a few familiar aspects. With two new cups, reduced friendship requirements for battles, and some changes to rewards, it is shaping up to be an interesting Season!

We will see a return of the Premier Cup in Master League, but with the addition of two new themed cups. Much like Silph Arena Cups, there will be restrictions on the available Pokémon you can bring to battle. The first is the Ultra League Premier Cup, with the details as follows:

The second themed cup will be the Flying Cup, where only Flying-type Pokémon will be allowed to compete! More details will be released soon, so expect more information and analysis to come about these new formats!

2. Similarities between Season 2 and 3

Just like with Season 2, there will not be a walking requirement in order to battle in the GO Battle League. Also, QR code scanning and the lowered Friendship requirements for remote battling will stay throughout Season 3, allowing anyone to battle remotely until at least mid-September. The number of battles, wins, and overall ratings required to reach ranks will remain the same as well.

Season 3 will be making some important changes to the way battlers will take part and be rewarded.

We’re excited to see these new changes come into play throughout GO Battle League Season 3, and in future Arena tournaments! With the PvP landscape always shifting, you never know which Pokémon you’ll see rise to the top. No matter what your PvP goals are, these updates will surely keep you on your toes!