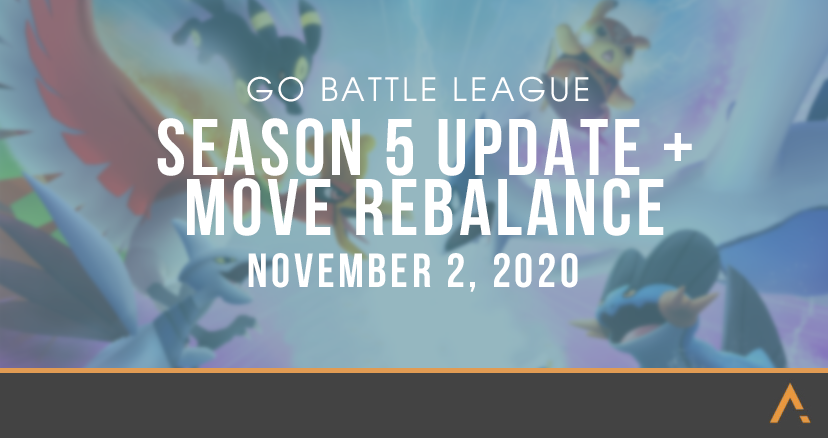 We’re a week away from the end of GO Battle League Season 4, and Niantic has just dropped all of the details regarding the next one! (See the full blog post here) Season 5 will function a bit differently from the previous seasons, and includes changes to the rank system, rewards, and an extremely compressed timeline.

We’ve broken down all of the important info for you, from moveset changes to the new schedule. Take a look!

Season 5 looks very different from previous seasons. In addition to being much shorter, Niantic has made some big changes to the rank system and rewards.

1. Season 5 Schedule and the New Cups!

2. Changes to Player Rank and Rewards

Once you hit Rank 7, you’ll be able to encounter Legendary Pokémon from the GO Battle League rewards track. These Legendaries will be the same as what is appearing in Legendary Raids at that time. All other rewards will remain the same as previous seasons.

Niantic also confirms that there will be no walking requirement for Season 5, and the remote battling requirements will stay at Good Friends throughout the season.

Season 5 brings a big change to GO Battle from previous seasons. Who knows what other new and exciting updates will come in the future, but until then keep battling!