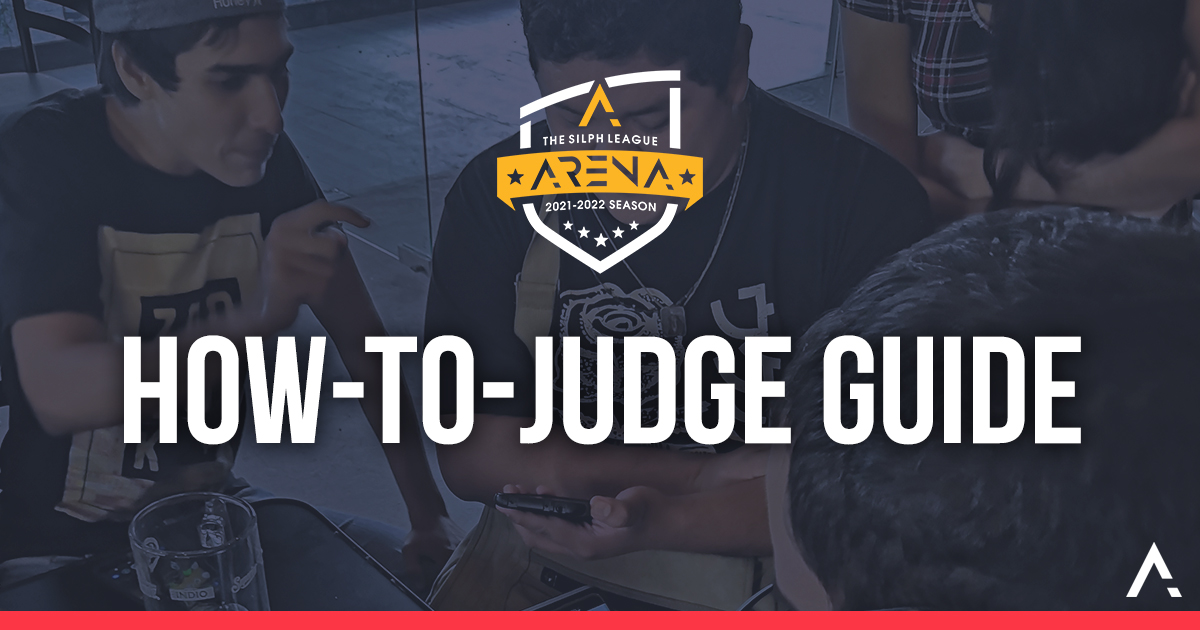 How to Judge Guide

Welcome back, Organizers! After reading our Tournament Guide and our Known-Issues Guide now it’s time to wind back and refresh (or even take a first look into) the basics of judging. In this Guide we will review some PvP concepts and terminology and see how to apply them when evaluating video. Remember! To fairly adjudicate, you need to be familiar with the Arena Rules and you should also play and watch PvP battles as much as you can in order to know how the game is currently intended to function. That being said, let’s begin!

Rules Reminder! Reviewing evidence to adjudicate will expose hidden information of the involved Competitors! This means you should not review a dispute coming from someone you are playing against.

There are some concepts that you need to be familiar with in order to understand what is happening in a video and also to be able to communicate in an efficient and correct way with the affected party, whenever a Competitor asks for a rematch.

Note: Several online resources have updated information regarding fast-move duration that could be used as reference. Please keep in mind that some websites measure turns from 0 to 4 instead of 1 to 5; remember to add one turn if this is the case, in order to figure out the total duration of the Fast Move during gameplay.

*Charge Moves and Switches activation time is usually one (1) turn. In certain game situations, however, this may be reduced to 0 turns—for example when switching right after a charge move or at the beginning of a game.

*As of version 0.241.0, this mechanic was found to be working inconsistently. The text above better reflects the current State of the Game and it will be updated if needed.

Note: Fast Moves generate energy that is collected to use a Charge Move, that consumes up to one (1) turn to be triggered. Therefore, the Pokémon stops attacking with Fast Moves until their Charge Move finishes. While a Competitor is triggering their Charge Move, their opponent may start a Fast Move depending on Charge-Move timing. If the Competitor’s Charge Move and an opponent’s Fast Move start during the same turn, said Fast Move will be sneaked (Fast-Move Leaking). In previous game versions (before 0.241.0) said Fast Move could have been denied (no Fast-Move animation starts in this case). As a consequence, if the Pokémon that is using a Charge Attack doesn’t have enough HP to survive the foe’s 1-turn Fast Attack, it will faint before using it. One-turn Fast-Move animation starts (Fast-Move Leaking) and Damage is applied immediately.

Note 2: If a Switch is used, the opponent’s Fast Attack used on that same turn will land on the incoming Pokémon, if it lasts more than 1 turn.

*As of version 0.241.0, this mechanic was found to be working inconsistently. The text above better reflects the current State of the Game and it will be updated if needed.

As an Official, it is likely that you will be contacted by Competitors in your tournament in order to decide if a technical issue that occurred in a particular battle is worth granting a rematch. Whenever this happens, there are some checks you need to clear before getting into the actual dispute:

As you have checked that out, it’s possible that you already have a video to review. At this point, these are the steps the Arena recommends you take when this occurs:

Rules Reminder! Competitors are expected to follow Official’s interpretations and rulings. If they disagree they can send a Misconduct Report, but refusing to play or stalling in any way based on such disagreement may be penalized.

What to Look for in a Video

This is only a small peek into the world of video reviewing. As we said before, Officials should try to be updated on current game mechanics and known issues. But above all, use your best judgment to solve these situations as they arise. Determining the impact of a technical issue on the game outcome can be a task of varying difficulty. In order to assist you with mechanics and issues, we have published a compilation of Known Issues Guide to further help you in this sometimes hard and dedicated task. Here is a list of useful tips for Competitors and TOs, while watching one or both sides of the game.

Please keep in mind that a Competitor is responsible for taking all the measures in order to avoid issues. If a Competitor is having performance issues due to a phone or connection failure, it can be ruled as user error. The same responsibility applies in the event the battle gets affected or interrupted by any mid-battle notification or call the Competitor may receive, which could be mitigated by having the “Do Not Disturb” mode activated; if the phone turns off because of a low battery, or if the system closes the game because of high temperature.

For someone who has not done it before, solving these kinds of disputes can seem to be a bit overwhelming. Using this guide to understand the basics of video judging, reaching out to more experienced officials, keeping updated by practicing whenever you can and following the Known Issues Guide will help you gain confidence with this skill.