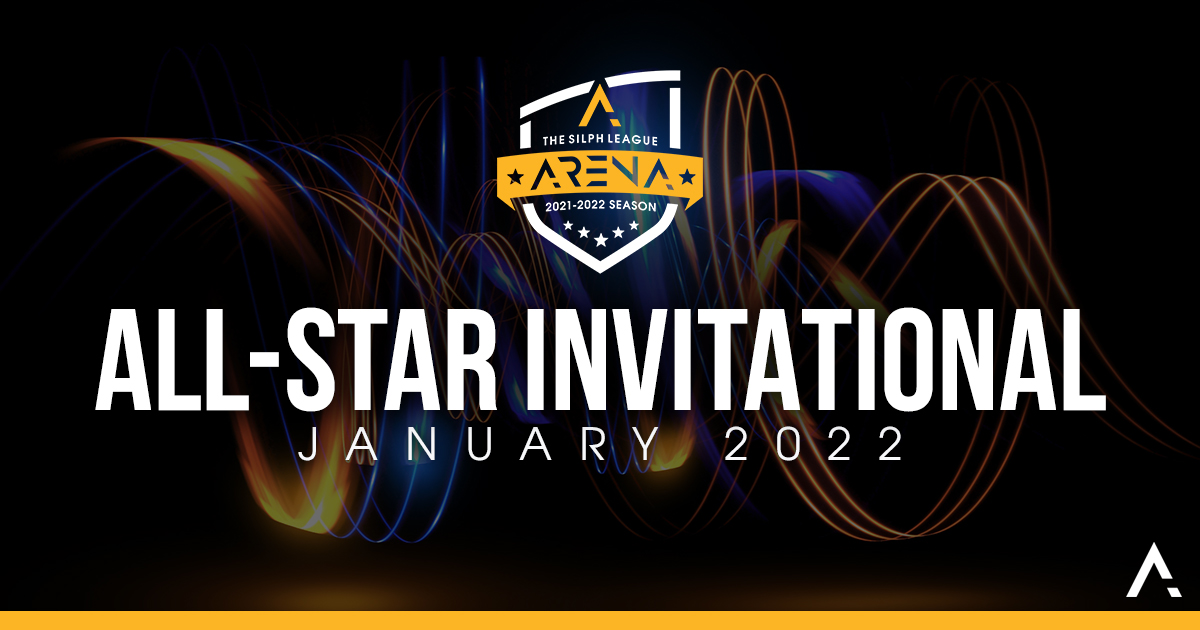 While enjoying a break from the competitive rank grind this season, get ready for some All-Star battles! Once again this January, a select group of battlers across the globe have been invited to compete in an All-Star Invitational tournament! The tournament will feature a familiar team-style format similar to Silph Arena Factions.

64 competitors have been split into 8 teams – each with 7 competitors and 1 substitute. In the All Star Invitational, the teams will compete against each other in a single-elimination tournament!

Like Factions, team members will take on a specialist role, but will each compete in a unique Great League meta. To maximize fun and keep competitors on their toes, the metas will be revealed to all teams 48 hours before the tournament begins!

During each round, competitors will battle in a best-of-3 match against the opposing team member in their corresponding specialist role. The team with the most wins will advance to the next round.

Unlike normal Arena tournaments, specialists will be allowed to change their roster of Pokémon each round. However, they will be required to battle in the same meta for the entire Invitational.

The Arena will be keeping the world up to date on all of the action over our various platforms, including Twitter, Facebook, Discord, and more! Each team is allowed to stream their own matches on their own channels. We will keep an updated list of any matches being streamed as they are shared with us – so keep an eye on our channels!

The below competitors will be split into teams assigned by the Silph Arena. Additional invites may be sent to fill in declined spots. Teams will decide their own team captain & name. Team captains will draw lots to decide tournament seeding, and will be responsible for coordinating matches with other team captains.