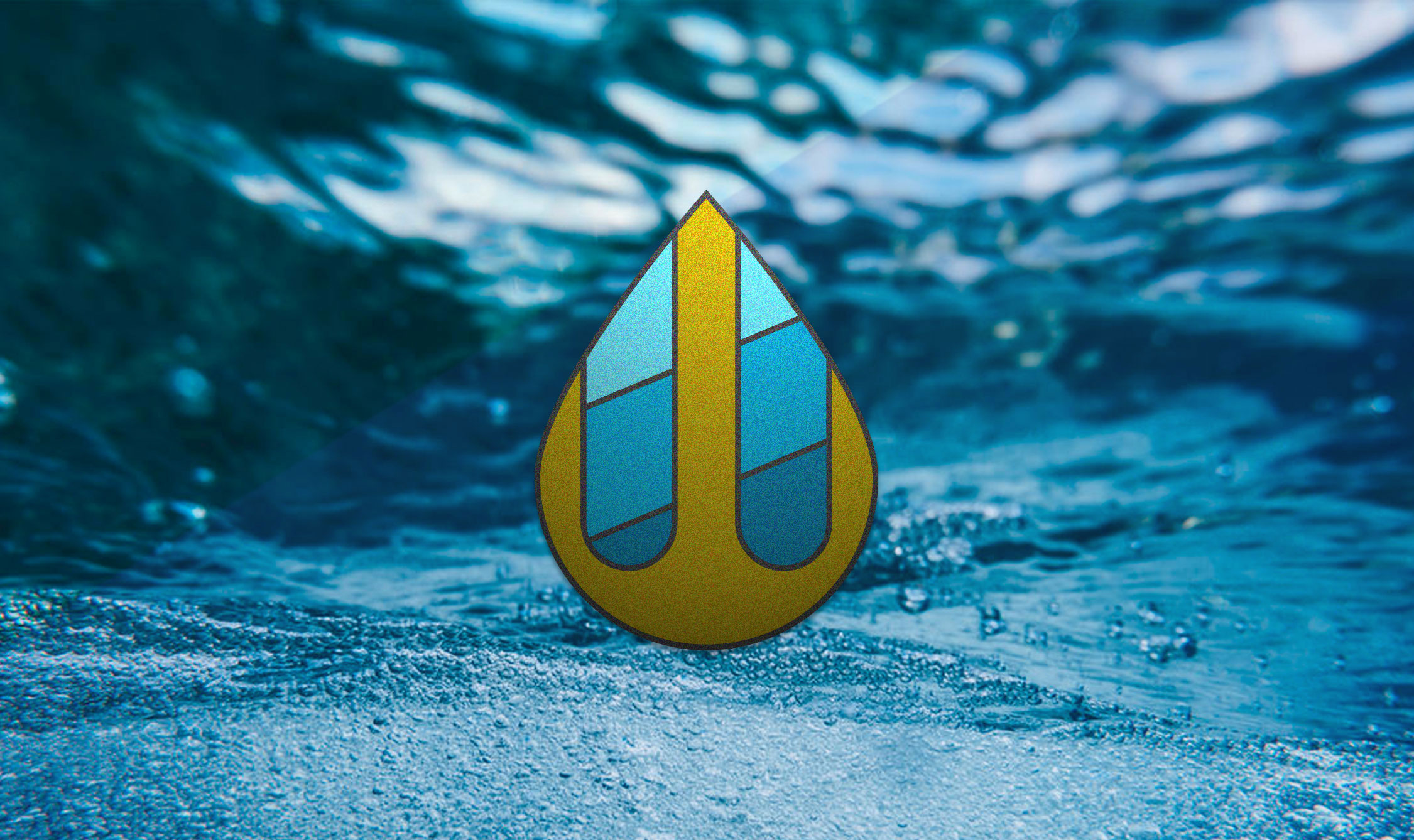 “Nifty or Thrifty” is a series which author JRE Seawolf started on the Arena subreddit to analyze the Cup meta – specifically through the lens of which Pokemon may be worth powering-up and purchasing 2nd charge moves for and which “budget picks” are available at less cost who can still perform well!

So I missed out on the first Silph Arena Factions field meta, Floating City, much to my chagrin. There just wasn’t time to write about it before it was already upon players. Thankfully, this time around, there WILL be. And so, yes, I plan to write at least a condensed “Nifty Or Thrifty” analysis on the sunken city of Atlantis, the second preseason field meta. Alas, it’s not ready yet, but I wanted to let you all know that you CAN expect me to try and help players out with analysis for that and other Factions metas moving forward, as I know some folks were wondering after I was forced to bow out of the inaugural Floating City cycle. And I ALSO wanted to get you off on the right foot as you begin prepping for Atlantis already. I may not have a full article ready, but I wanted to have something ready to go at announcement time!

The meta consists of Bugs, Darks, Poisons, and Waters and Fairies (with the specific exception of Azumarill… sorry, Azu fans!). Excluded are Megas (of course), Shadows, Mythicals (but Legendaries are a-okay!), and Regionals. So that you don’t have to try and recall THAT list offhand, that means no Mr. Mime, Heracross, Corsola, Seviper, Relicanth, Volbeat, Illumise, Simpour, or Klefki. Not that you’d probably WANT to use most of those anyway, but…. 😉 Do note that Gastrodon and Basculin are NOT banned (as confirmed with Team Silph), because even though they are technically regionals, one color scheme or the other is available worldwide.

With that out of the way, let’s do this in classic JRE style: with some budget and/or spicy picks to consider!

First off, since the meta for this is understandably NOT up on PvPoke yet, I had to create my own custom meta. I put in all the proper parameters and then trimmed it down to 40 Pokémon that I thought did a good job embodying the core meta (plus a few snazzy picks that I wanted to see how they held up). So since I can’t link to simulations, I am instead going to link to that custom, guesstimated meta I made. And here’s the list of what’s in it! (Note that there’s also Alolan Muk and Pangoro at the bottom, I just didn’t really have room to show them. 😬) So that’s what I ran sims against and that’s what informs these tidbits below.

WHISCASH looks kinda sus, but SWAMPERT is solid, though there are still more than enough Poisonous Grasses around to keep them both in check, as well as spammy Waters and tanky Darks to outlast them. Note that while Swampy is better with Earthquake overall (beating stuff like Sable, Empoleon, Escavalier, Zweilous, and Barbaracle only with Quake), Sludge Wave will be the better play on some teams for the sole reason that it usually flips matchups with the Charmers to wins.

THE GRASS IS ALWAYS GREENER…

With hardly any Electrics in sight, Grass is critically important to hold back the Waters (and the Mud Boys especially), with the added benefit of–for all the various Poison/Grasses–also keeping Fairies at arm’s length.

The best of the best is, not surprisingly, VENUSAUR, which will probably find a way onto the majority of teams for its ability to do all you’d want your Grass AND Poison type to do while ALSO holding down all the other notable Grasses (no Aboma here!) and overwhelming even things like Sableye and Umbreon and the Fighting Darks with unrelenting Frenzy Plant beatdowns. You almost certainly have one of these ready to go, and while I am an unapologetic Venusaur homer, it would be hard for anyone to argue this is anything but a fantastic meta to deploy it in. It might be obvious, but that doesn’t mean it’s wrong!

There are other solid Grasses, of course, including the Razor Leafers (though no Shadows, remember!) and Shiftry, though they aren’t too hot. One that really IS pretty en fuego (literally!) is ROSERADE, which loses to Venusaur but can toast many of the Bugs in addition to its normal Grass duties, and still rolls over the Charmers despite not having any Poison damage output. Toasty! I expect Venusaur and Rose to dominate snaps for the Grasses here.

A CHARMING OFFENSIVE (or perhaps an Offensive Charm?)

Yep, Fairies means a lot of Charm, especially with Azu being left out in the cold. And yes, they’re quite good (Clefable even slightly pulls ahead of Wiggly with very little Ghost damage around), though they’re not wholly dominant… as I’ve already been highlighting, there are enough things in the meta to keep them from running completely amok. One of their best counters is actually a Fairy itself, and one we haven’t seen a lot of lately: MAWILE, who beats all the Charmers easily, along with many of the Poisons and Grasses that plague them (and Bugs, of course, and even many of the big Darks!). Mawile is decidedly NOT thrifty (the Charmers are, though!), but it IS nifty!

So even if you don’t live in the US of A there’s a decent chance you’re aware of the massive cicada emergence that’s happening now (and happens every 17 years, with smaller broods in between). It’s a literal infestation of the big bugs that I can hear chirping like little alien creatures all around as I type this. Why am I going off on this tangent? Because Bugs should be big in the Atlantis meta too! TRASHADAM, GALVANTULA, and the grand return of FORRETRESS to PvP prominence. And don’t forget quasi-Fighter ESCAVALIER… Counter users are rather rare in this meta, and Escav combines that with some great utility moves that hit Grasses, Poisons, and Darks in particular quite hard! Not much Fire or Rock around to hold them back, so expect the Bugs to dig out like the thousands of cicadas taking over North America and make their presence felt!

And I love what you do

Don’t you know that you’re toxic?

I talked about Poisonous Grasses, but what of OTHER Poisons? Well, especially with Thursday’s announcement of big move changes coming, many of them Poison moves, it’s honestly hard to say at this moment. Beedrill and Alolan Muk and Scolipede and others may benefit from the Poison Jab buff… or not. Then there are buffs to Poison Sting, Cross Poison, Poison Fang, and of course, Acid Spray that could send all kinds of ripples depending on WHAT those buffs are. We’ll have to wait and see, and I’l definitely be drilling down as I prep the full Atlantis “Nifty Or Thrifty” to come out in the near-ish future!

P.S. I also realized as I was writing this that Toxicroak is in the meta too, and while even post-buff, I can’t imagine you’d want Jab on it rather than Counter to hold down Darks AND still threaten the Fairies with Sludge Bomb anyway, stranger things have happened!

I was trying to come up with a cleverer header, but you know what? If Family Guy can get away with it, I can too! Darks don’t have a bunch of Psychics or Ghosts to abuse here, and Charmers and Bugs (remember: Bugs are super effective versus Dark too!) to abuse them, so what’s the point of them? They actually make pretty good generalists! Well, some of them at least, like tanky UMBREON and MANDIBUZZ (who, yes, probably wants Air Slash in this meta), hard-hitting generalists SABLEYE and ZWEILOUS, and Fighters SCRAFTY, OBSTAGOON, and if you can get one that fits in Great League, the new PANGORO. There’s actually LOT of utility among the Darks, despite all the threats lurking around them in the dark. I think you’ll find them to be pretty prevalent in the meta!

So like I said, not a full fledged analysis, just some ideas to get you started wrapping your head around things. But before I go, a few specific budget and spice picks:

And there are many others to mention that don’t really fit in elsewhere–Politoed and Poliwrath, Lapras and Dewgong, Alolan Ninetales (best with Powder Snow here), Lanturn and Rainy Castform… so many good choices! Like I said, I’ll be drilling deeper into this meta on the whole and many of these Pokémon will get their due then and surely from other good analysts out there.

But for now, hopefully this gets the creative juices flowing for this nifty looking format! Good luck to all the factions out there that will be taking a stab at this, and props as always to Team Silph for keeping things fresh month in and month out.

Best of luck, my friends! Let’s get building!

JRE has been playing Pokémon GO since the beginning, but having not done anything Pokémon prior, never imagined he’d get so hooked and so into PvP. In starting his own research, deep into Silph Arena and now even GBL metas, he decided to share his findings so other players could benefit, which turned into full fledged articles that multiplied like Tribbles. He’s now been writing multiple regular article series since early in The Silph Arena Season 1, focused on advanced matchups and budget friendly but still viable alternatives for veteran and rookie players alike. A few of his favorite things include powering up oddball Pokémon, going on hikes, spending time with his kids, dad jokes, and raindrops on roses and whiskers on kittens.