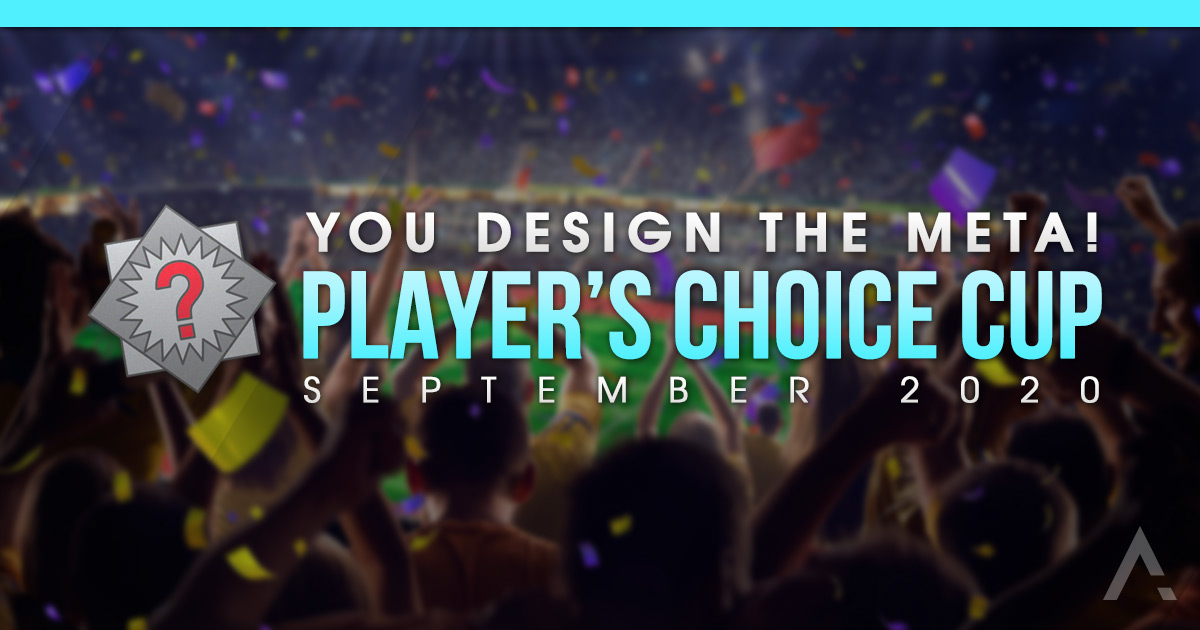 After reviewing over 450 (wow!) meta submissions, the Arena Meta Team is excited to present the four finalist Cup themes! There were tons of fun and creative meta ideas submitted; it surely was not an easy to task to narrow the field down to just four. Each submission was evaluated on multiple factors, including species variance, Stardust cost, and theme creativity, among others. Thank you to everyone who submitted a meta, and congratulations to the finalists!

Check below for a description of each finalist meta. Once you’ve reviewed the metas, vote for your favorite by Friday, September 11th, at 11:59pm UTC. The meta with the most votes will be featured on silph.gg as the Cup theme for the remainder of September. Only one meta can be the 2020 Player’s Choice Cup. Cast your vote now!

Creator(s): Whoknowsnot
League: Great League (1500CP Limit)
Allowed: Bug, Normal, Psychic, and Water type Pokémon
Banned: Shadows, Deoxys Defense, and Wigglytuff
PvPoke Rankings: https://pvpoke.com/rankings/maelstrom/1500/overall/
Creators’ Description: “Notion for it is a cyclic water event that also matches the psychic symbolism in Pokemon Go with Bug and Normal caught in it. This cup balances a great deal with some interesting pokes. Psychic has to worry about bug and also the many ghost fast move normal types, while Water has to worry about the many grass moves that normal types possess as well as the few scatterings of electric types.

Deoxys Defense was able to do too much and check the Normal types too hard so had to be banned. Wigglytuff does not need to be banned, but it had overwhelming victories in the 2s because so few things resist charm in the meta. I decided in the interest of making the meta less RPS, which charm can at times cause when valued that highly, I banned Wigglytuff.”

Creator(s): DariusPent
League: Great League (1500CP Limit)
Allowed: Starter Pokémon and any species obtainable before beating the first Gym in each main-series Pokémon game.
Banned: Pokémon obtained after leaving the city of the first Gym in each main series game. You may not use two Pokémon from the same evolutionary series (i.e. you cannot have Ivysaur and Venusaur on the same team of 6).
PvPoke Rankings: https://pvpoke.com/rankings/origin/1500/overall/
Description: “Tagline: “Remember your humble beginnings.”

Concept: Timeless Cup was my absolute favorite, as it had the closest ties to the series’ roots and had a fantastic teambuilding requirement that made each team fairly unique. It influenced me to think of other ways I could harken back to the 8-bit origins of Pokémon.

I wanted a concept that emphasized familiar Pokémon that anyone who played the games would know and love. Not everyone played the games through to the end, but everybody immediately identifies which starter they began their journey with, recognizes the first Pokémon they caught on the first route, and remembers their first harrowing test against a Gym Leader. As such, I created the Origin Cup, where you battle with the Pokémon (or more likely their evolutions) available prior to battling the first Leader. I created the list using Bulbapedia, and it includes Let’s Go Eevee, options caught from other regions by using the radio feature in the games, and Gen 4’s swarm events with the options available at that stage of the game.

Origin Cup successfully injects nostalgia while creating a varied meta. There aren’t even any types that require bans–none of the games give you access to Dragon or Ice prior to the 1st gym battle, so anyone who was traumatized by teams of Dragonair and Kingdra can relax.

I permitted use of Alolans and Galarian alternative forms and evolutions to the options found in the early parts of the game to add variety, as well as a few options outside of Johto’s Violet city and Sinnoh’s Oreburgh City because leaders Faulkner and Roark are not in their gyms immediately, and you can explore a bit beyond the city before having to return to battle them.”

Creator(s): JetForceGemini, I-Rod, AONC1914
League: Great League (1500CP Limit)
Allowed: Any Pokémon that does not evolve, or only evolves once
Banned: Megas, Shadows, Legendaries, Mythicals, Skarmory, Altaria, Medicham, Tropius, and Galarian Stunfisk
PvPoke Rankings: https://pvpoke.com/rankings/duet/1500/overall/
Description: “This is a dance for two, and three’s a crowd. The original concept was called “Doublemint” in reference to the gum commercials, but we found that it was hard to understand without explanation. Once we had the idea in play and excluded a few of the dominant picks from open great league it all came together in a way that balances nicely.”