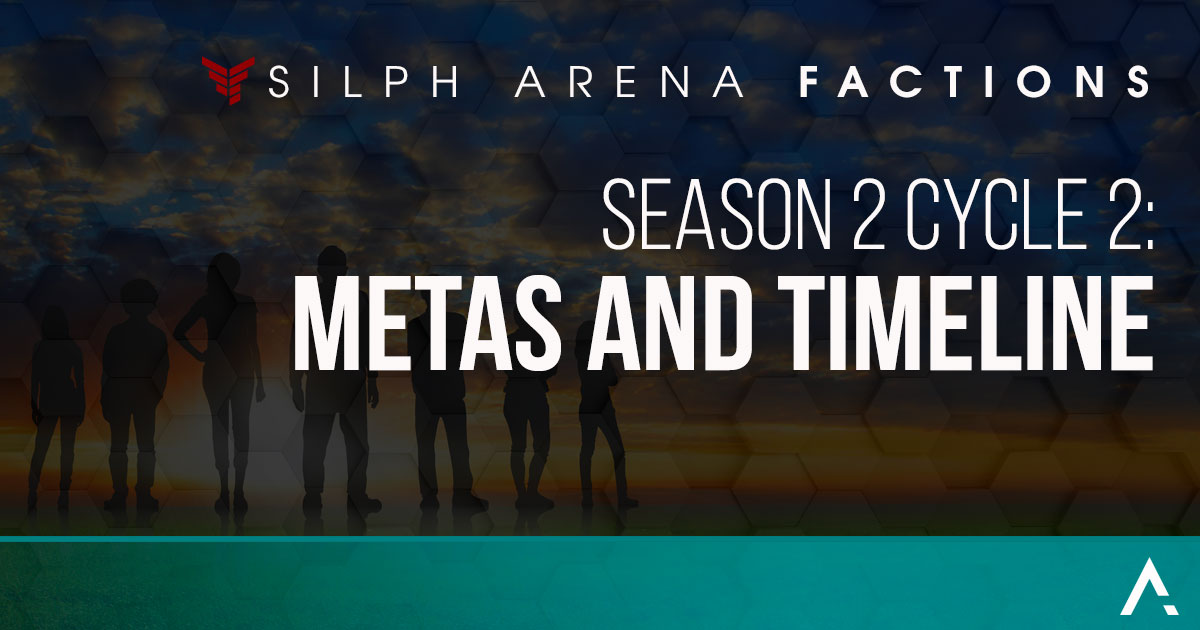 After an intense and eventful Cycle to kick off Season 2, we hope you have recouped and are ready to get back into the competitive Factions season with Cycle 2. It’s time to start strategizing with your Faction, analyze the new metas, and note important dates for the Cycle 2!

Registration will open on Monday, August 22nd at 00:00 UTC and close on Saturday, September 3rd at 23:59 UTC. Between that time you will be able to create a Faction or update existing rosters and invite new members. Be sure to have all members in their designated role before registration closes. Cycle 2 will then commence on Tuesday, September 6th at 00:00 UTC. Like prior Cycles, this next Cycle will consist of nine weekly bouts.

BATTLEFIELD METAS AND RESTRICTIONS FOR GREAT AND MASTER LEAGUES

For Great League, the restriction list for teams have been reduced. Specialists will now be able to choose one Pokémon from the restricted list which has been shortened as follows.

As announced at the start of the Season, Ultra League Specialists for the first time ever, will compete in a specialized meta called the Celestial Battlefield. See below for allowable and banned Pokémon in this new frontier. Since new Pokémon have been introduced to the game over the past several weeks, the allowed list has been updated to include Overqwil. For the first time in Factions and Arena history, Mega Pokémon will be usable by Master League Specialists – though in limited capacity as we test the powerful strength of Mega Pokémon. The Master League restricted list has been updated and also includes Mega Venusaur, Mega Charizard X, and Mega Blastoise. In addition, Mega Beedrill will be usable in this league, but as an unrestricted pick.

Specialists can pick a maximum of three Pokemon from the restricted list below. In a brand new meta of it’s kind, Specialists will battle ancient elements while navigating the allowed and bans lists below.

This unfading meta first featured in an Arena Cup in December 2019 returns with several updates for consideration of news species added since then and to keep the meta balanced. The banlist has been expanded to include Megas, Shadows, Dragon-types, Drapion, Nidoqueen, Walrein, and Sableye. Allowable and banned team picks are as follows.

Pick a starter (including all first, second, and third stages of starter Pokémon) from the Kanto, Johto, Hoenn, Sinnoh, or Unova regions.

Build the remaining five Pokémon on your team from the same five regions (Kanto, Johto, Hoenn, Sinnoh, Unova) without the below banned Pokémon and types.

Similarly, the enchanting Sorcerous meta returns as a battlefield transformed to fit the features and species in-game today.

Build a team of Fairy, Ice, Normal, Poison, or Psychic typing, but consider the following bans.

For insights into meta changes for the upcoming Cycle, read notes previously published by the Meta Development Team here.